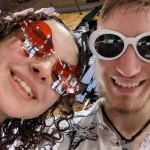 A week after 13-year-old Braydon Wright was accused of fatally shooting his 9-year-old brother, the boys’ parents are both being charged with felony child endangerment.

Currently, the teen is being held in a juvenile facility, following an agreement with the County District Attorney, police, and defense.

The parents, Waynesboro Couple Mark Snyder and Stacey Renee Wright-Snyder, stored a loaded handgun in the center console of a couch, as a self-defense measure.

The Waynesboro Couple was charged with 2 felony counts each of endangering the welfare of children. They were charged on Friday Afternoon.

Snyder-Wrights currently being held at the Franklin County Jail with $75,000 bail. Mark Snyder’s bail was set at $100,000. Preliminary hearings for both are being scheduled for July 27th.

3 other siblings had said that Brayden would regularly handle guns in their house and would point them at his siblings. The court reported that both parents had known about this. One of the children said that it had happened just the night before the incident.

Here is an interesting fact, If this case had happened 3 years ago both parents may be only charged with a misdemeanor. 3 years ago, the child endangerment statute was changed to increase the penalties for parents whose supposed negligence resulted in the serious injury or the death of a minor.

That amendment was put into place by District Attorney Matt Fogal, after a case about 10 years ago where a child fatally injured an infant. You can read more about this article here.

This is a developing case and we will provide additional details and updates as they are provided.